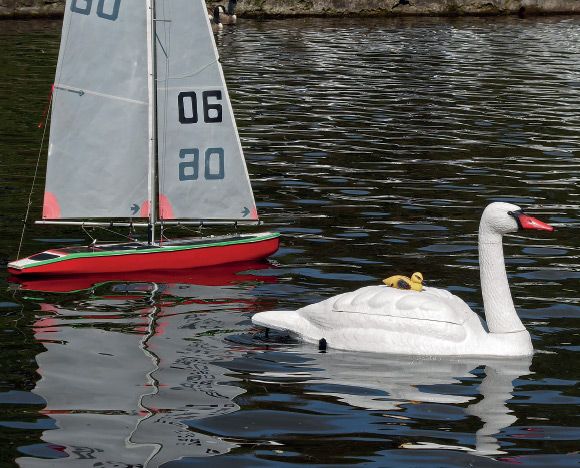 That well-known Swan Lake ballet written by Tchaikovsky, who was also famous for Sleeping Beauty and The Nutcracker, tells the story of a princess named Odette who was cursed by a wicked sorcerer and turned into a swan. This probably has its origins in an older Russian folk story called The White Duck, but be that as it may, I had already made a radio controlled plastic decoy duck some time ago, which had limitations due to its size. However, one thing discovered with the duck was that it is almost impossible to stick anything to the plastic used in these mouldings, normally of either polyethylene or polypropylene, and that model proved to be no different.

As all good fairy tales go, the white swan came to me one day, not in a dream as you would expect, as it was actually on Amazon, where lo and behold there appeared a vision of a full-size decoy mute swan. It had more than enough space to include all the goodies I wanted to install, although it did need considerable surgery from the start. 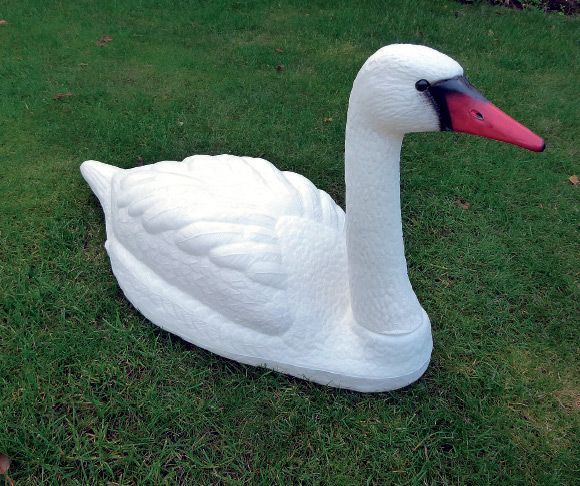