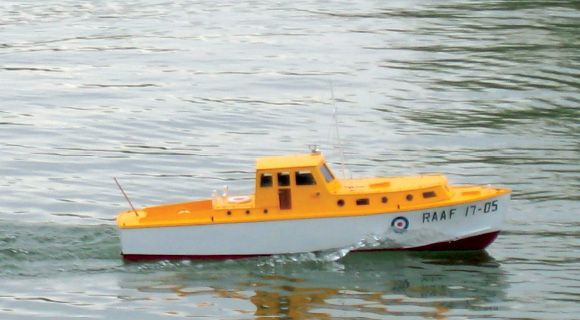 Bill’s Halvorsen Seaplane Tender has a good turn of speed.

This model is from the John Parker Model Boats plan that was featured in our 2012 Winter Special Edition. The hull was built pretty much exactly as recommended in John’s article, but Bill used styrene for the upperworks. Weight came in at 3.4kg which is a little heavy, but not by much. Although completed in the Winter of 2016/2017, Bill had to wait until this recent May for the on the water trials, as the lake he and his fellow enthusiasts use in Calgary, Canada, does not open until late-April, it often being frozen. No additional ballast was required and performance is good as the pictures show. 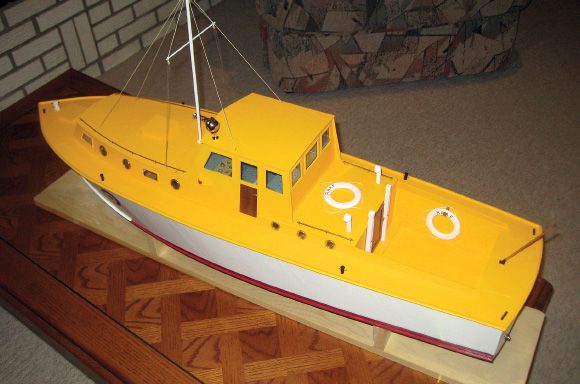 Not too much detail, just like the full-size craft, but enough to make a model interesting.