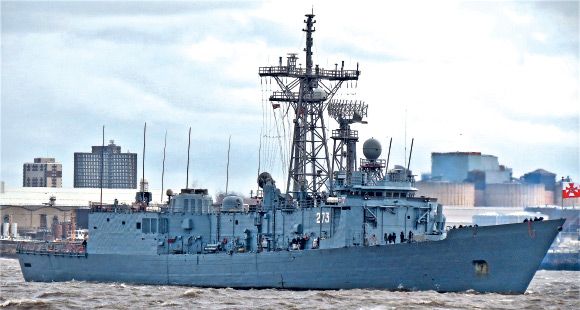 The Polish guided missile frigate ORP General Tadeusz Kolciuszko entering the River Mersey for the Battle of the Atlantic Commemoration in 2013.

Welcome once again to our regular sortie into the world of fighting ships and in this issue we have Part One of a three part feature for the Polish Navy’s Oliver Hazard Perry Class frigate, ORP General Tadeusz Kolciuszko. We also continue with Part Eight of our OSA 2 project.

One of the NATO warships visiting the 2013 Battle of the Atlantic 75th Commemoration at Liverpool was the former USS Wadsworth, now part of the Polish Navy. USS Wadsworth was launched from the Todd Pacific Shipyards in San Pedro, California, USA, and entered service on 28th February 1980. In June 2000, she was commissioned into the Polish Navy on the 80th Anniversary of the establishment of that navy. The name relates to a Polish officer holding the rank of colonel in the Continental Army during the American War of Independence and due to his talents as a military architect he was later promoted to Brigadier General. When photographed in 2013, little had changed on this warship since 2000, but these guided missile frigates are well regarded warships having highly effective weapon systems and sensors. Currently, ORP General Tadeusz Kolciuszko has the Mk. 13 single arm missile launcher forward with 36 standard SM-1 surface to air missiles and four surface to surface harpoon missiles available to it. The gun is an OTO Melara 76mm 62 calibre weapon mounted on 01 deck amidships and the close in weapon system (CIWS) is a ‘bolt-on’ Phalanx gun mounted on top of the helicopter hangar. At 3658 tons, 35.64m in length and 13.72m beam, this frigate could be considered relatively small, but she does have comprehensive armour distribution of 19mm over the engine spaces, 16mm over the engine control room and 19mm of Kevlar armour around the vital electronic systems and command and control spaces. 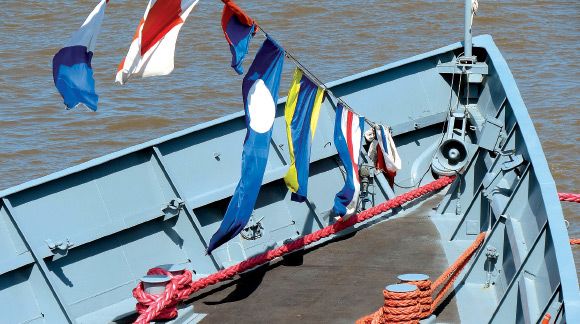