By continuing to use this site, you agree to our use of cookies. Find out more
Kit & Product Reviews 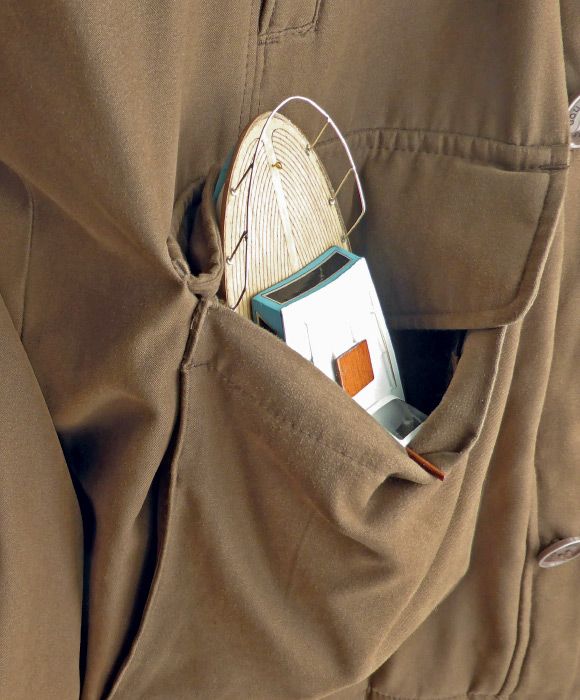 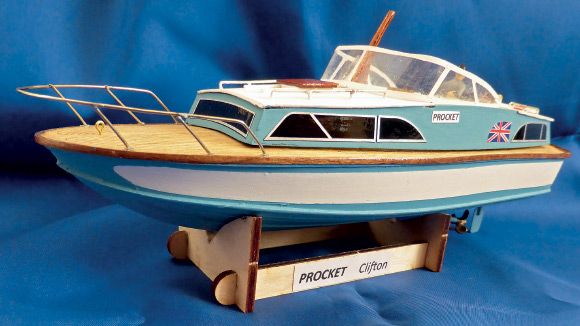 It has been named ‘Procket’ because this little 8 inch model fits into a pocket, Photo 1, and is so fast on the water it is truly unbelievable, performing just like a ‘rocket’. It is so small and fast that when photographing it, I have so far failed to get a decent picture of Procket at speed, but Photo 2 hopefully shows how detailed it is. This 1:48 scale Fairey Huntsman comes as a kit of one of these famous full-size boats and has been produced to designs by David Pledge, Chairman of the Knightcote Model Boat Club who wanted to prove that such a small model boat could be radio controlled and would perform like the original. It is only with speed that such a tiny model can be made to plane realistically like the real Huntsman. Water of course is not scaled down, so success is a matter of the model responding to the relative resistance of the water, hence our scale fast models often have to go at highly unscale speeds to look effective on our ponds.

The kit
The version depicted here came from Speedline Models, but is now sold by David Pledge directly and there are two types: The rear cabin version is seen here, but there is also an open full rear cockpit variation and also for each, a single or twin motor pack is available. These packs contain the miniature motor(s), rudder, speed controller(s), wiring, plugs and necessary connectors. A transmitter and receiver, battery, adhesives, paints and your time are the only extras needed, the instructions providing guidance for building both types. The single motor version was selected on the basis of KIS (Keep It Simple), which achieves all the speed and control needed, at least for me, but Photo 3 shows a number of the different versions and a variety of colour schemes.