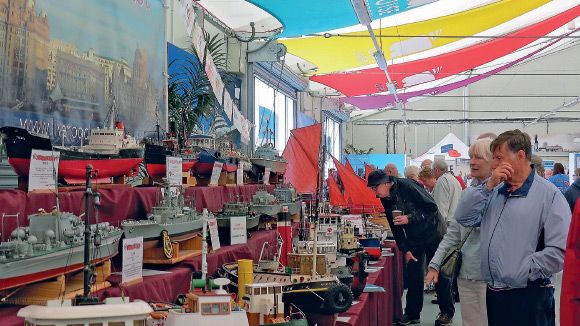 The constant stream of visitors were amazed at the models on display in the Liner Terminal Hall.

Held over the last weekend of June 2017, the Mersey River Festival is a well established annual event attracting many thousands of visitors to the Liverpool waterfront, but for this year, the Saturday was, in part, given over to Armed Forces Day attended by the Prime Minister.

Like many events, the actual setting-up will span a few days prior to the official opening and on the Friday a number of full-size vessels were arriving, including square riggers and the Type 23 frigate HMS Iron Duke. Leading the march-past on the Saturday along the esplanade close to the Liner Terminal was a Royal Marine band combined with a colourful fly past by the Red Arrows. Also, the army was on hand to show and display their latest hardware which included an Apache helicopter. As always, the military were enthusiastic about what they do and were happy to interact with the general public.

Although Saturday was the official Armed Forces Day, all of the associated exhibitions continued throughout the weekend. The Mersey River Festival supported a huge number of attractions from the Albert Dock to the Liner Terminal and beyond. These included the tall ships which proved to be a huge attraction with the visiting public as was the packed Merseyside Maritime Museum. This is home to one of the world’s finest collections of ship models and maritime art, and as the Titanic was registered in Liverpool the museum is home to an absorbing collection of Titanic and White Star artefacts in a dedicated gallery. The former White Star offices, close to the waterfront and the museum have in recent years become a plush hotel with a décor reminiscent of the period of their great liners. 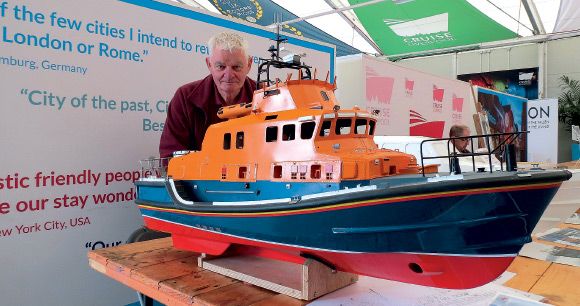 Accomplished model builder Joe Lang of the Liverpool MBC with his ‘work in progress’ 1:16 scale model of the Holyhead Lifeboat Christopher Pearce No. 17-41.