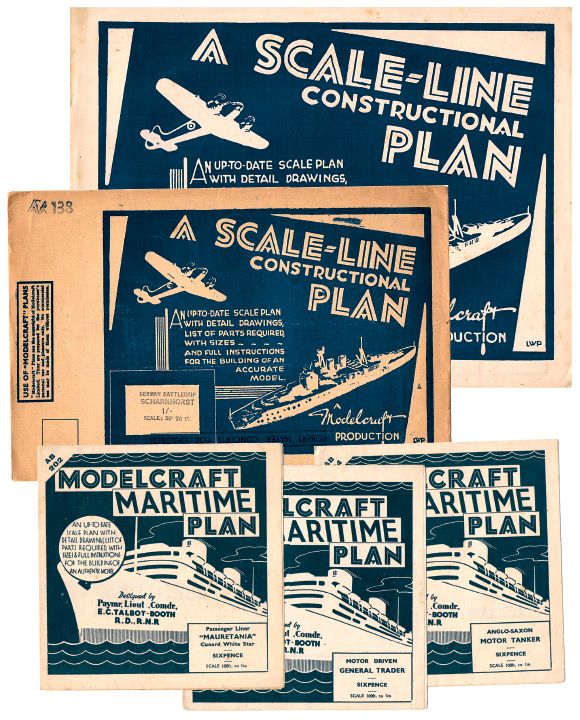 Selection of Modelcraft plans in their original envelopes

The Modelcraftstory begins in about 1938 when key personnel of the Sign Construction Company Limited, a signmaking and sheet metal working company at 77 Grosvenor Road, London, discovered that they had a common interest in making models. Foremost amongst these was Harry Shipp Coleman, who duly formed Modelcraft Limited and began to manufacture model ship kits alongside their main activity of sign making. The outbreak of World War Two soon curtailed both activities as the company largely went over to war work, but demand for the models, and more particularly the plans needed to make them, continued to be strong. 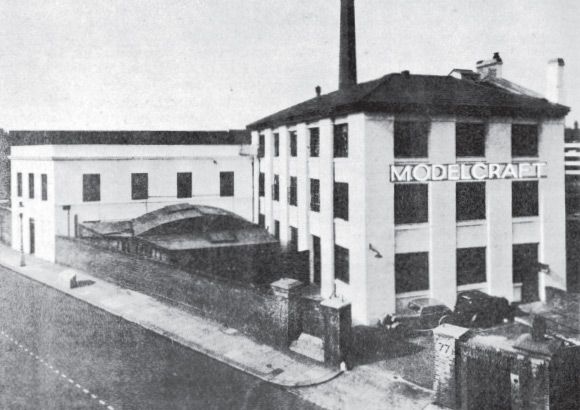 The reason, Coleman surmised, was that the war put many people into long periods of enforced idleness. During the blackout for example, or fire-watching duty, manning a lonely gun emplacement or as off-duty crewmen on a warship, these people could derive much satisfaction from building simple models with the minimum of tools and equipment, often using scrounged materials. All they needed was a plan to follow and some cardboard, glue and small pieces of wood, and since Modelcraft was set up to provide ‘plans, designs and printed paper accessories for modellers’, this was just the ticket. Despite being bombed in 1940 and there being great difficulty in obtaining the raw materials such as paper and cardboard, Modelcraft were able to keep some production going throughout the war years.