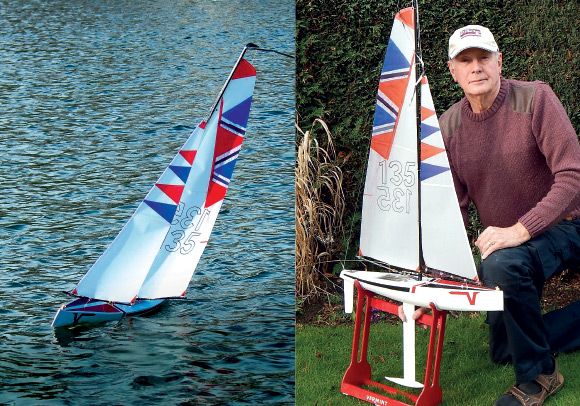 Anyone even remotely interested in radio controlled yacht racing will be aware that the RG65 class is arguably the fastest growing branch of the hobby in the UK, Europe and quite possibly the world. There are numerous factors contributing to this success story, a very simple and easy to follow set of loose specifications perhaps being the most obvious. To expand a little on this, as long as your (RG65) yacht is no longer than 650mm, has a mast height below 1100mm and a total sail area of below 2250 sq. cm., then you can race it in this class. If only all other classes were so uncomplicated?

Expense and ease of transport are two other factors that also make this class so appealing to a great many modellers as when fully assembled, the complete yacht will fit into a small saloon or hatchback car, often without even folding down its seats. As for cost, you can go out and buy a top-of-the-range carbon-fibre model racing yacht weighing about as much as four feathers and lighten your wallet to the tune of several hundred pounds Sterling, or build one yourself from balsawood for under £50. Varmint falls very much into the latter category, yet performs very well in much more exotic company and are you interested? I hope so, but first a little background regarding the design concept behind the RG65 Class and Varmint which is exactly 650mm long including the bow bumper.

John has been building models of one sort or another since he was about ten, which is quite a few years ago. Boats, trains, gliders, cars, helicopters and yachts have all featured at one time or another and several of his aircraft designs have been published in the UK and USA. He began model yachting about 10 years ago and so far has built over 20 models, many of them of the JIF65 type, similar to that featured here, several of which are now owned and raced by fellow club members. He has also designed, built and raced other classes of yacht, several of which can be viewed at: www.rofwac2.weebly.com However, now being a somewhat dedicated RG65 skipper, he’s hoping to soon creep up the rankings.