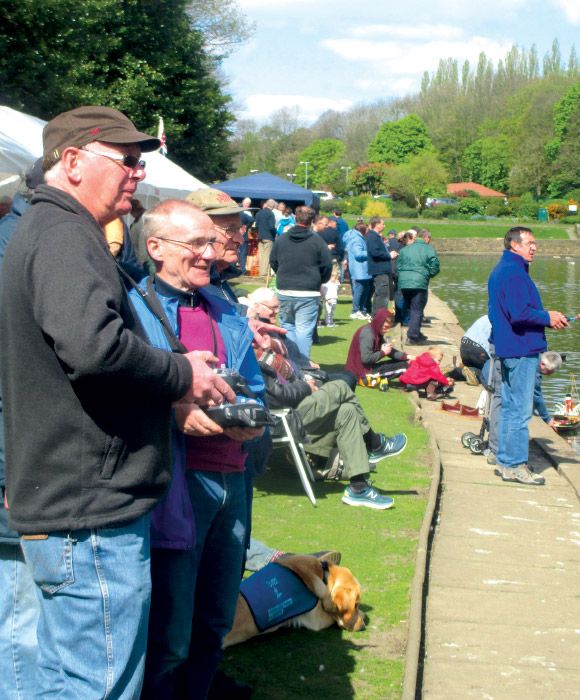 Wilton Park is the home of the Kirklees MBC and this is a fantastic venue for the club’s Open Days, Steam Conventions and other events.

Held on the 23rd April 2017, this was the eighth such event, the first being held in 2010. A few of the regular modellers were unable to attend and two of the vendors, Mountfleet Models and Tony Green Steam Models, were absent, their being booked at alternative model engineering events on the same day. As usual for such events, the day commenced with a large group of committed helpers coming early to assist with the erection of gazebos, tea tent and the steam testing enclosure, with for 2017 an additional gazebo over the latter, just for me! This enclosure is a feature of this event and a total of thirteen steam tests and a pressure test were performed during the day.

What became apparent was the fact that although there were a number of regulars unable to attend, we did see a number of newcomers. A quick count in the morning and there were a total of 19 model steam boats on display and a similar number of other models, probably the largest number we have had in recent years. The event does now seem to attract more and more steam modellers from clubs where steam testing has for some reason or another stopped, and it is always good to attract new visitors and share some steam related conversations. New models always bring with them fresh ideas and build processes, and provide plenty of topics for discussion, as well as the opportunity for newcomers to ask questions and see just what is involved in building and operating a steam model. It also gives us a chance to look inside other models and pick up one or two ideas regarding just how things can be done, an example being the MSC Archer steam tug. This year though, the most memorable model was a very old steam powered tug, purchased as a part of a deceased estate, and which incorporated a large home built boiler, a home built twin slide valve engine with two water pumps and electrically driven reversing gear, as well as a petrol burner to drive it all. On top of that we had some of our regulars such as Raymond Binns and his beautiful scratch built launch, as well as other beautiful examples of the open launch type, plus a lovely steam powered raised quarter deck cargo ship. In addition, there were also examples of electric powered steamer vessels such as that of the late Keith Hayes. 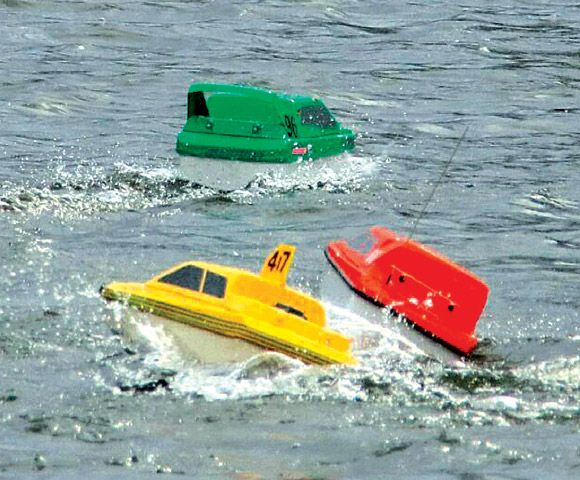 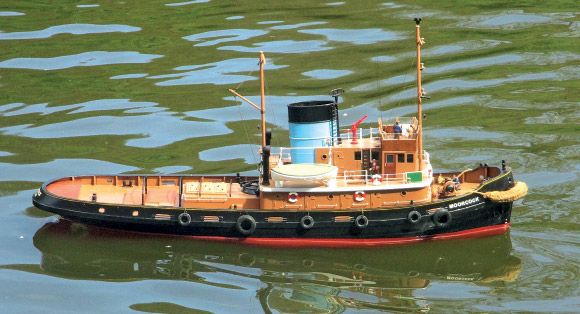 It was not all steam on the day. The late Keith Hayes was an exceptional modeller as the individually plated hull of his Moorcock model revealed.